In 2017, ABAF/BVFA had the honour to hand over the Award for Best Financial Communication for the 57th time. Traditionnally, Awards are handed over to Belgian companies that have excelled in the past year in the field of information for and communication with financial analysts.

And the winner is...

In 2017, the overall winner of the Award for Best Financial Communication went to Barco, followed by Telenet, KBC Group, Ahold Delhaize and Solvay.

On top of the overall Award, several sub-awards were granted.
Winners of the 2017 sub-awards: 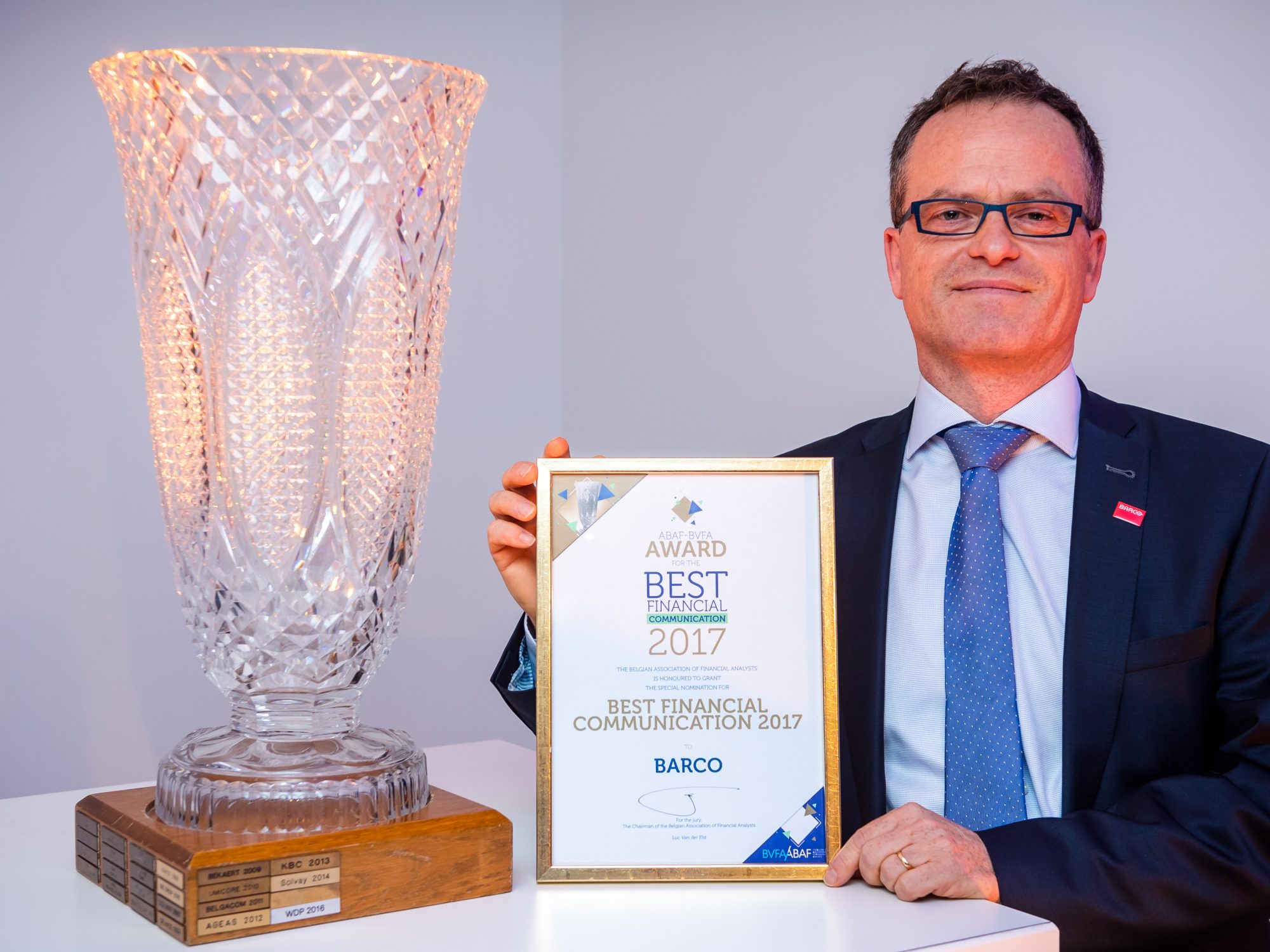 Impression of the event 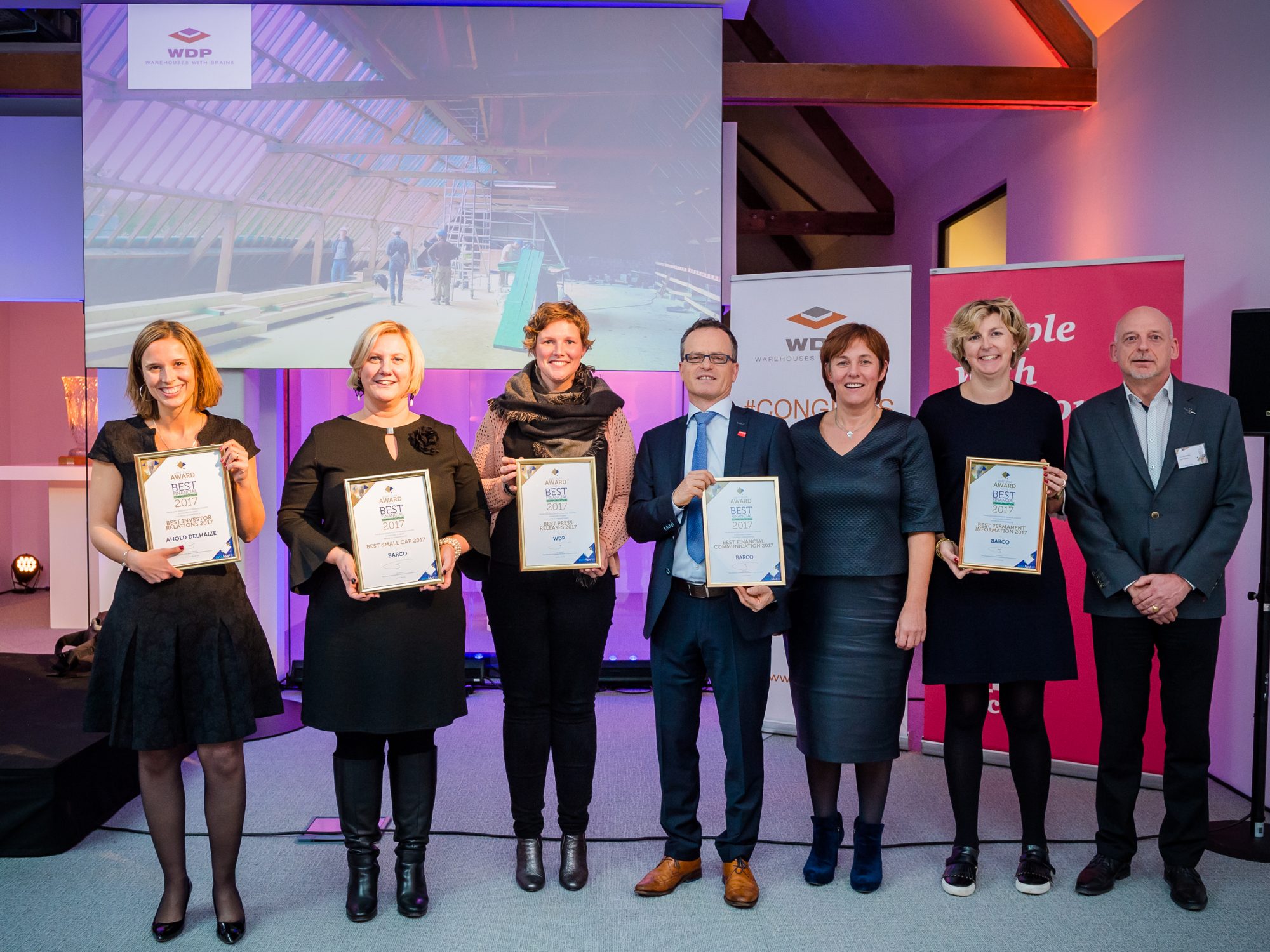 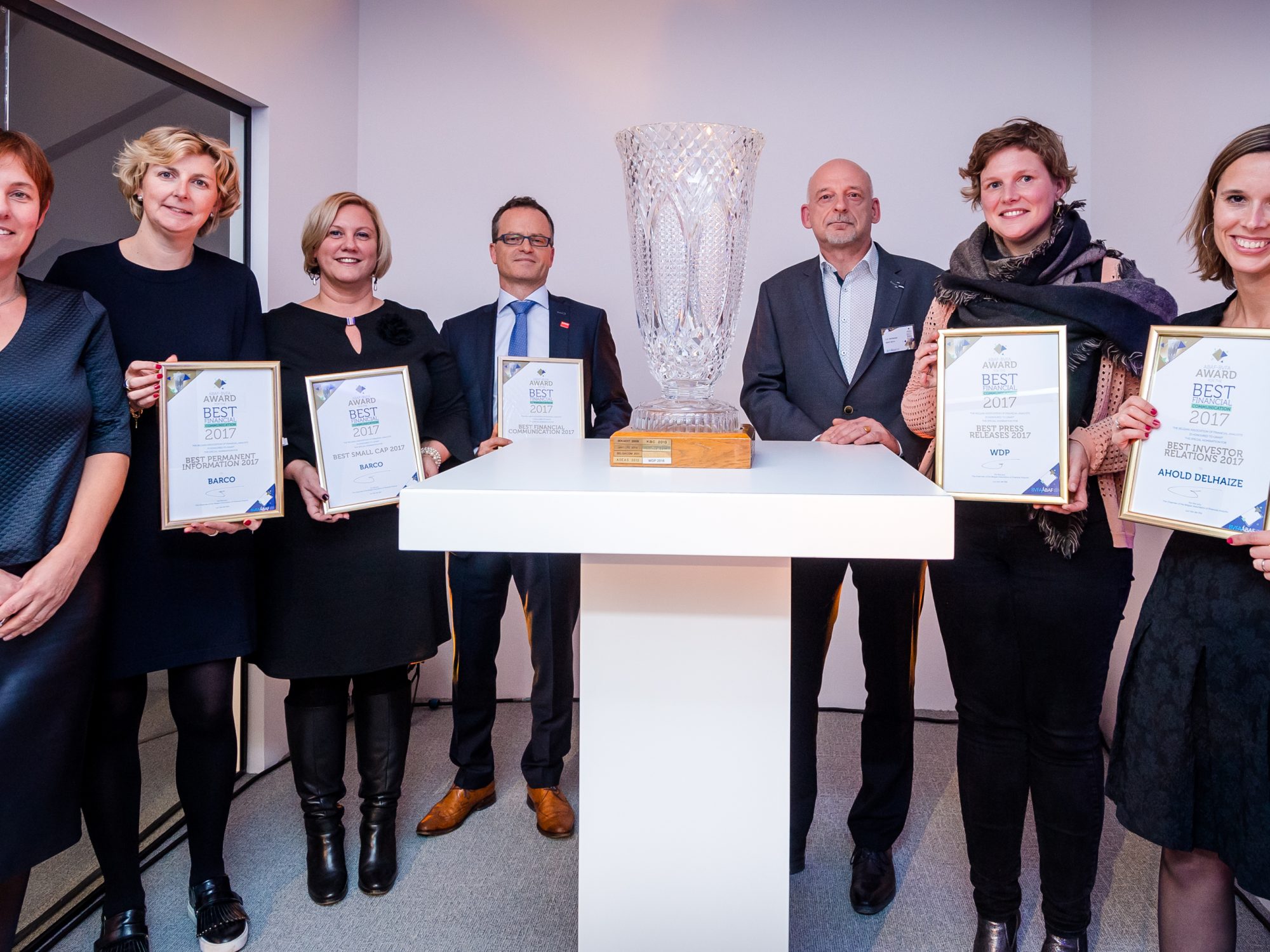 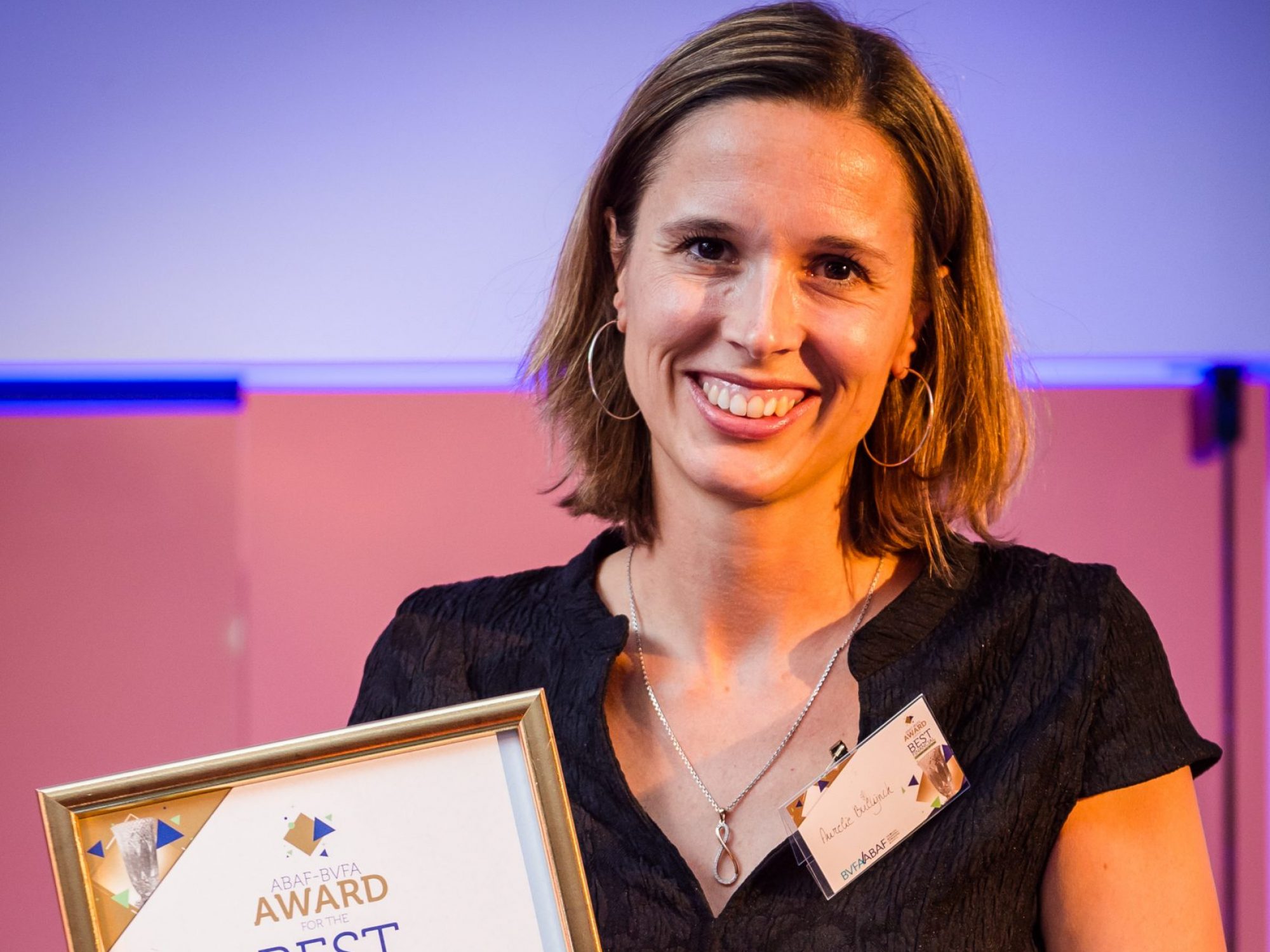 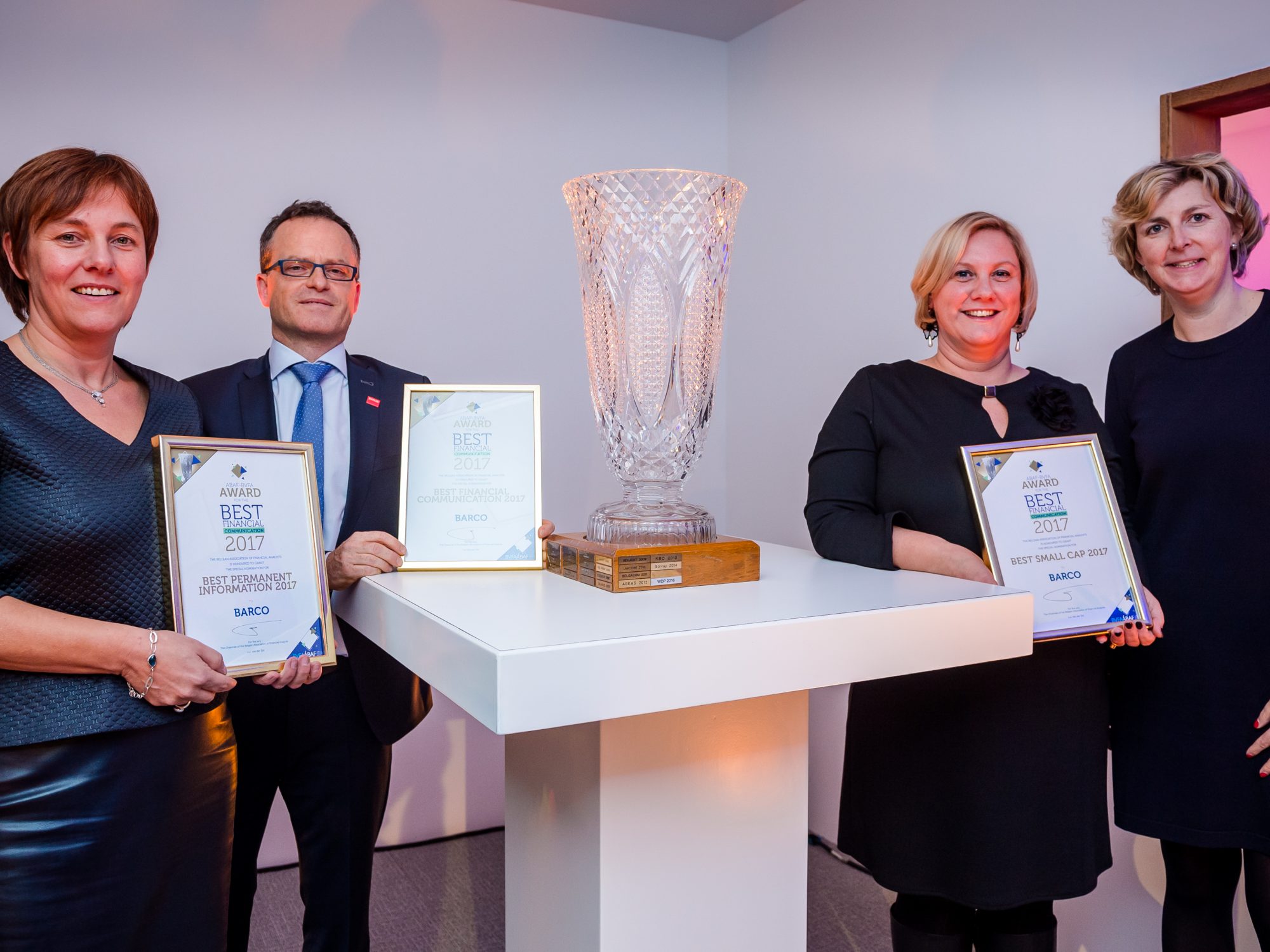 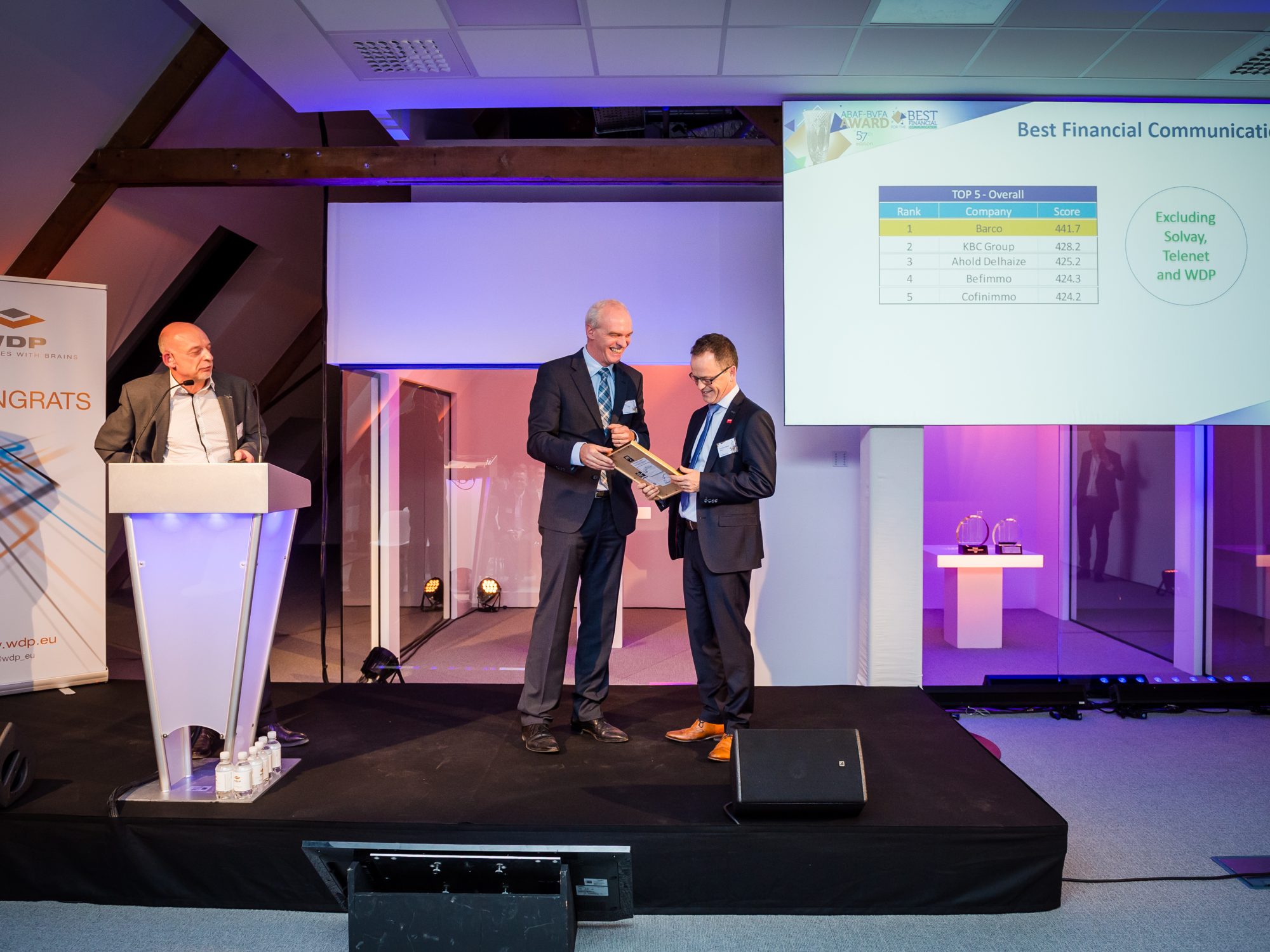 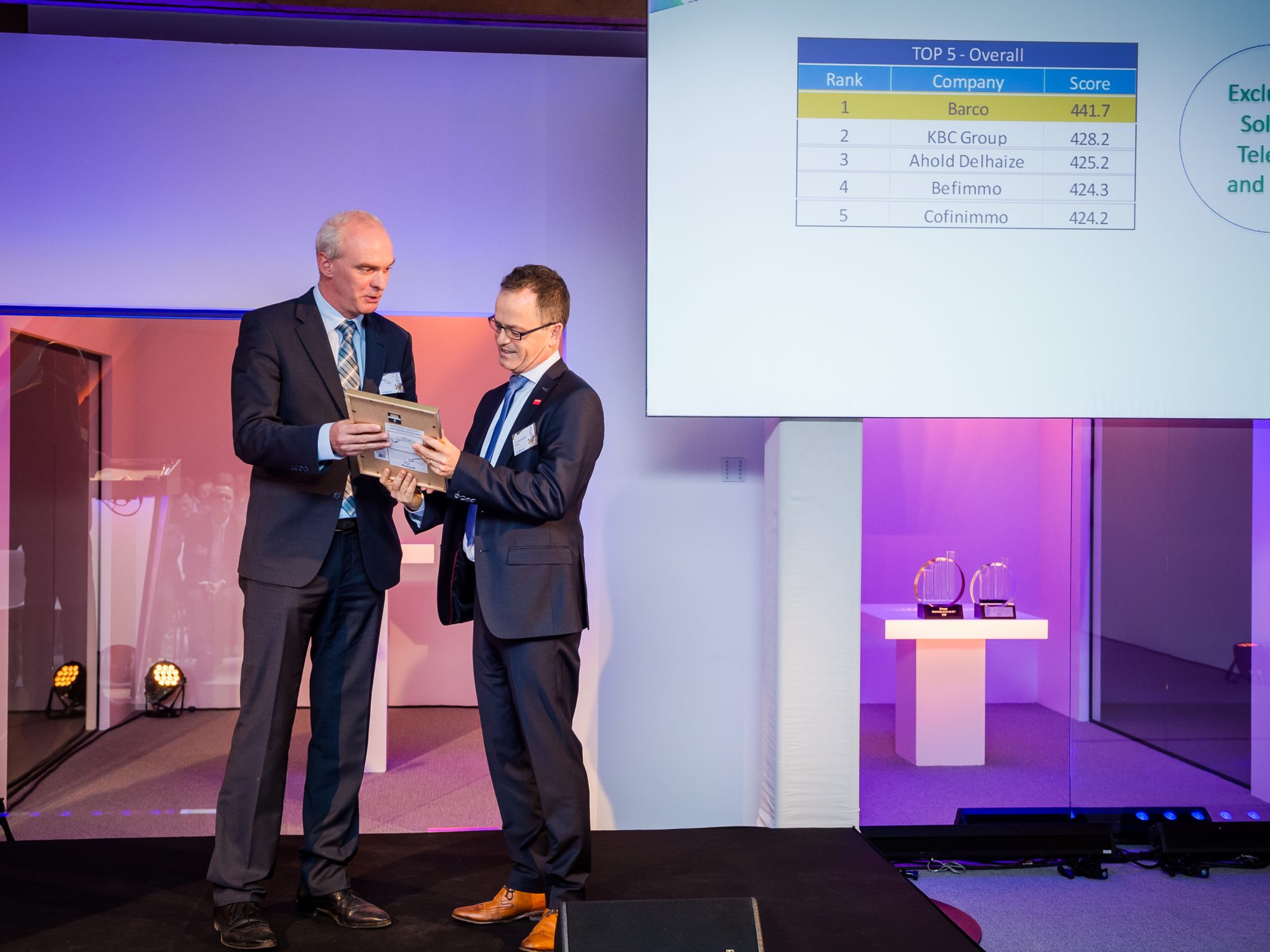 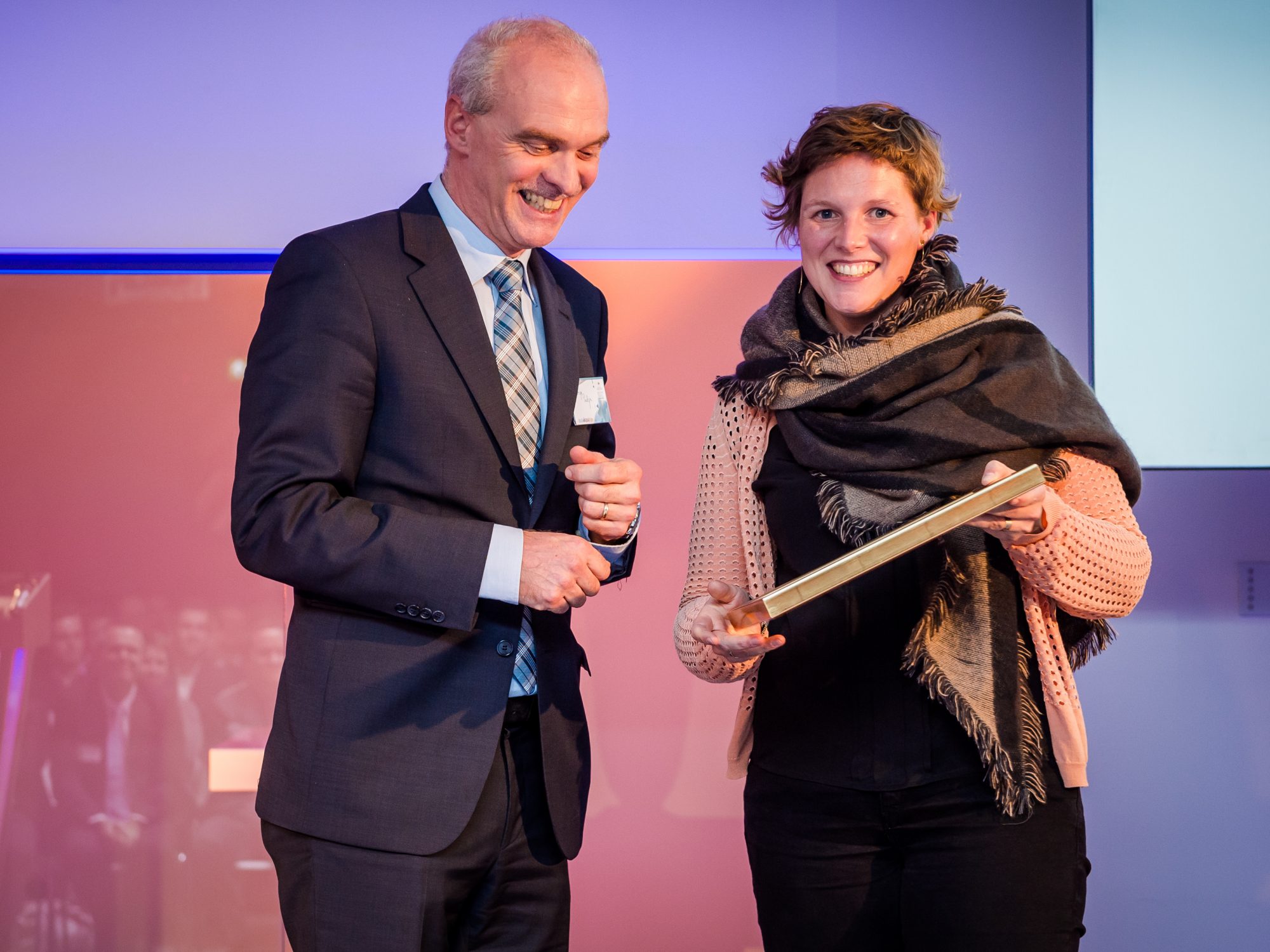